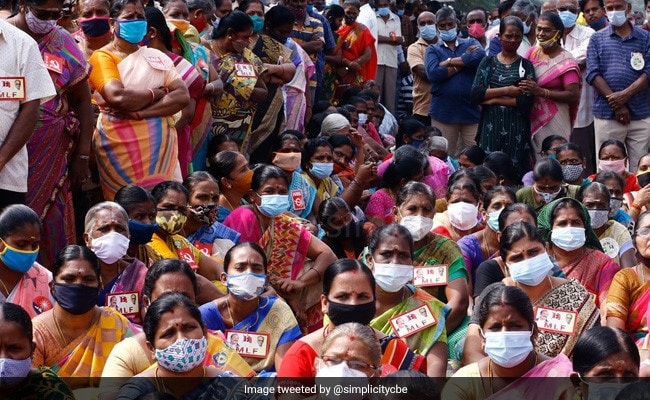 The workers of National Textile Corporation (NTC) mills have threatened to lay siege to the house of Prime Minister Narendra Modi in Ahmedabad if the Centre fails to take steps to re-open all the 23 mills across the country.

Talking to reporters on the sidelines of a protest demanding the re-opening of the mills, “Save NTC Movement” chairman Sachin Ahir said the mills are shut for the last year due to the pandemic and the government is not showing any interest to re-open them due to which the workers were suffering.

Although the management was paying 50 per cent salary to the workers, workers have not been paid anything for the last three months, he said.

Alleging that the government is not willing to reopen the mills in order to hand them over to the private companies, Sachin Ahir said workers will lay siege to PM Modi’s house if the mills do not reopen.

CPI-M MP PR Natarajan said the workers will hoist black flags atop their houses on Republic Day and also stage demonstrations in front of the mills.