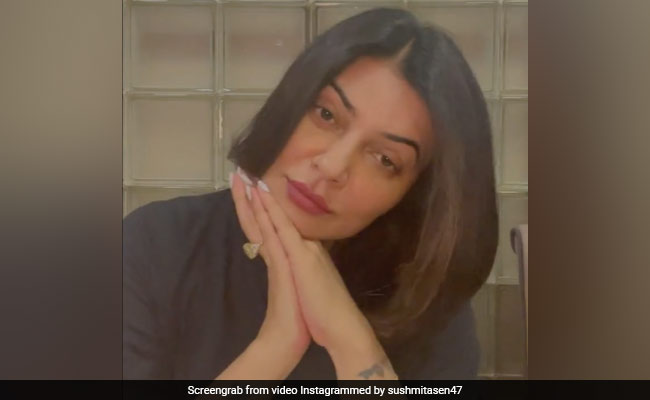 Sushmita Sen in a still from the video. (courtesy: sushmitasen47)

Sushmita Sen leaves a trail of inspiring words every time she speaks. The actress has been in the thick of the entertainment industry for decades, garnering her many fans. And, she loves to connect to them through Instagram live sessions every once in a while. In a recent session, Sushmita decided to answer some questions from her fans. When asked, “What does respect mean to you?” Sushmita chose to answer it. She said, “Respect means everything to me. Everything. I put that above love any day.” Without condemning the ideals of “unrealistic love” showcased in books and movies, the actress opened up about her outlook.

Fans flooded Sushmita Sen’s live session with big questions about life. Someone asked her how she manages to keep herself motivated. To this, Sushmita answered, “What works for me is listening to inspiring people, watching real-life documentaries of real-life people.” The diva added, “The simple stories of simple people who did extraordinary things throughout their lives against all odds. So, when I am least motivated, I go to people like that. I listen to them and something inside just switches.” In Sushmita’s words, we should surround ourselves with good examples to keep ourselves motivated.

Sushmita Sen also talked about the role of music in her life. She said, “Nothing helps me like music on a bad day.” She went on to talk about her outlook on life. Sushmita talked about the aspects of pain and suffering in life. “I am of the belief that pain is inevitable… but suffering it is optional,” she said. The actress kept stressing the ability to look back and learn from one’s mistakes and achievements.

When asked about her favourite books, Sushmita Sen said, “Yes, I like spiritual stuff.” She picked up titles like The Power Of Now, Autobiography Of A Yogi and God On A Harley.