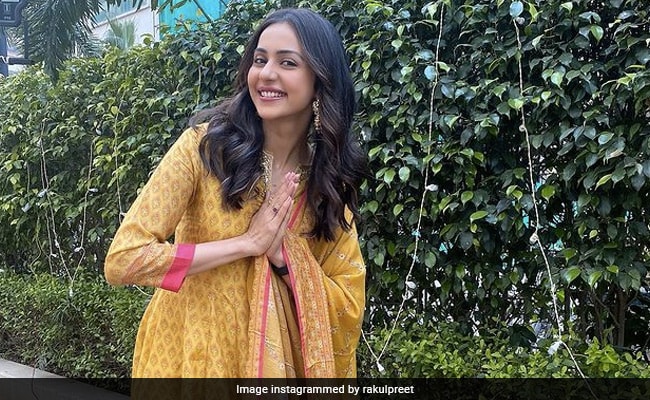 Rakul Preet Singh, who made her relationship with producer Jackky Bhagnani Instagram official last year, in a recent interview with News18, spoke about the wedding rumours and “speculations” and she said, “Be it marriage or any other rumours about nonsense that doesn’t exist, especially don’t bother me at all. I have learned to keep my blinders on and keep working. I have been transparent in my life and as and when that step has to happen, I will be the first person to talk about it, like I did this time too.” The actress added, “I only feel people shouldn’t speculate and wait for the truth to come out. Right now my focus is on my work and the 10 films that I have and the other work that is coming in. Everything else will happen when it is due.”

Rakul Preet Singh and Jackky Bhagnani made it Instagram official on the actress’ birthday last year. “You have been my biggest gift this yea! Thank you for adding colour to my life, thank you for making me laugh non-stop, thank you for being you. Here is to making more memories together,” she wrote.

Rakul Preet Singh was last seen in Netflix’s Sardar Ka Grandson. The film starred Arjun Kapoor and Neena Gupta in the lead roles. It also featured John Abraham and Aditi Rao Hydari in pivotal roles. Rakul Preet Singh signed Runway 34 too. The actress will play the role of a pilot in the thriller-drama, which will be directed and produced by Ajay Devgn. The film also stars Amitabh Bachchan.