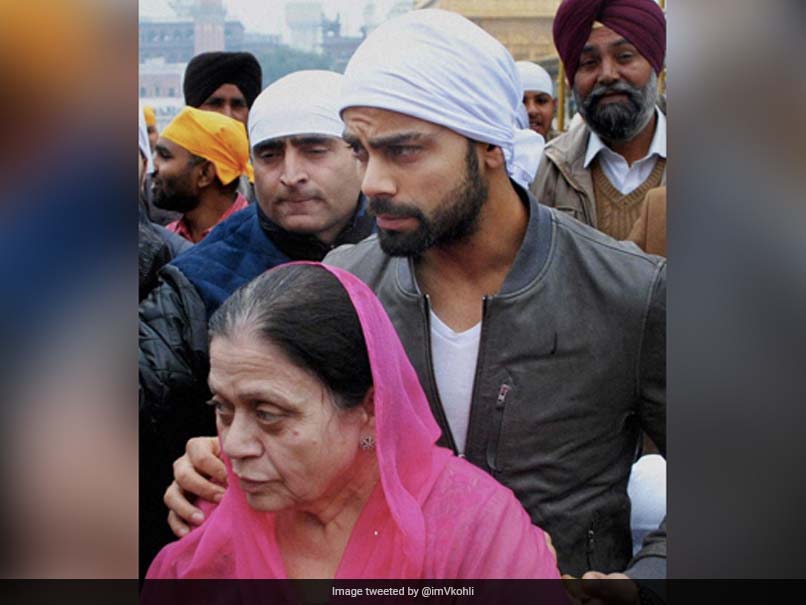 Indian cricket team’s captain in the longest format, Virat Kohli shared a heartfelt picture with his mother, wishing her “Happy Birthday”. Kohli’s post was captained “Happy Birthday Maa” as he could be seen with his mother in a picture which seems to be from their visit to the Golden Temple in Amritsar in the past. Fans also reacted to the picture as they joined in the line to wish Kohli’s mother on her birthday. Kohli is currently in South with the Indian squad. He was part of the team as captain in the Centurion Test which ended on a winning note.

However, Kohli fans were left disappointed as the captain was ruled out of the ongoing second Test match in Johannesburg due to a back spasm.

However, batter Cheteshwar Pujara gave insights about Kohli’s fitness saying that the regular skipper was “getting better”.

“Officially I cannot reveal anything more but now he (Kohli) is definitely getting better and I feel that he will be fit very soon,” Pujara said during a media interaction. Kohli was also seen going through light training before the start of third day’s play in Johannesburg on Wednesday.

In absence of Kohli, KL Rahul is leading India in the ongoing Test. Rahul, had however stated during the toss that Kohli could be back for the third and final Test scheduled to be held in Cape Town from January 11.

The second Test is poised nicely with South Africa needing 122 more runs to win the match and level the series.