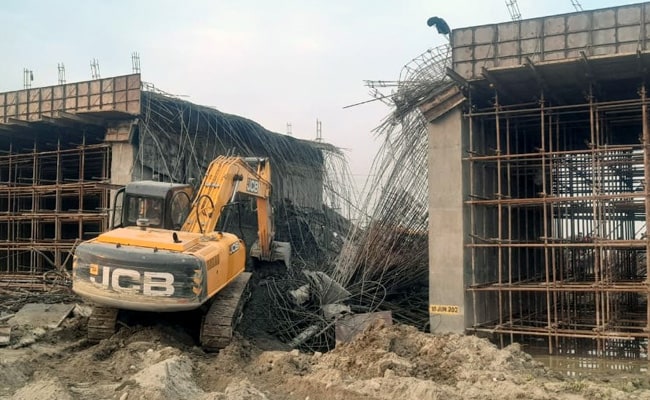 The major bridge is being constructed by the BRO over the Devika river at Ramgarh-Koulpur: Officials

At least 27 labourers were injured on Sunday when the iron shuttering over an under-construction bridge collapsed in Samba district of Jammu and Kashmir, officials said.

The major bridge is being constructed by the Border Roads Organisation over the Devika river at Ramgarh-Koulpur, the officials said.

They said the iron shuttering connecting two of many pillars caved in around 4.15 pm, injuring a total of 27 labourers.

A rescue operation was immediately launched and all the injured, some of whom also trapped under the debris, were evacuated to different hospitals, the officials said, adding the condition of two of them was stated to be “critical” and they were referred to the Government Medical College (GMC) Jammu for specialised treatment.

Deputy Commissioner, Samba, Anuradha Gupta immediately rushed to the scene of the accident to supervise the rescue operation and later enquired about the condition of the injured undergoing treatment at Community Health Centre Ramgarh and trauma centre Vijaypur.

“The iron shuttering collapsed during the laying of concrete slab. A rescue operation was immediately launched and all the 27 labourers were evacuated to nearby hospitals,” she said.

Ms Gupta said except two, the condition of rest of the injured was stable and they are under observation in hospitals.

“Our priority was the rescue operation…an inquiry will be conducted tomorrow (Monday) to look into the cause of the accident,” the deputy commissioner said.