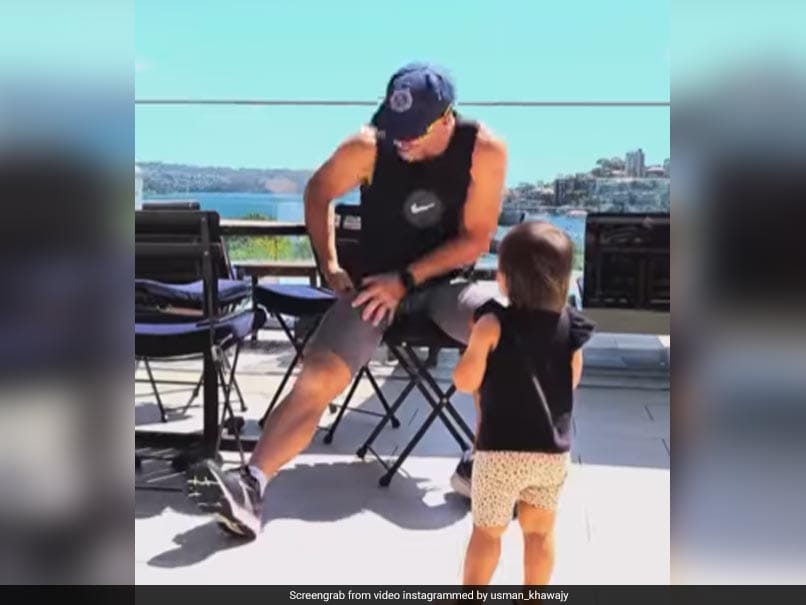 Australia batter David Warner is one of the funniest cricketers in the world at the moment. Apart from his batting prowess, Warner is also known for his hilarious social media videos. While the southpaw often shares dance and face-swap videos on his social media accounts, a video of him playing with fellow Australia batter Usman Khawaja’s daughter caught the eye of the fans. Khawaja took to Instagram on Sunday and posted the video, which is adorable, yet hilarious at the same time.

In the video, Warner can be seen playing with Khawaja’s daughter Aisha. Warner can also be heard neighing like a horse while trying to bring a smile on Aisha’s face.

The 35-year-old, however, starts getting cramps on his right leg.

The Australian team is currently in Sydney ahead of the fourth Ashes Test against England, starting January 5 at the Sydney Cricket Ground (SCG).

The hosts have taken an unassailable 3-0 lead in the five-match series after registering emphatic wins in Brisbane, Adelaide and Melbourne, respectively.

So far, Warner has scored 240 runs at an average of 56.73, including two half-centuries. Notably, he has been dismissed twice on a 90+ score in the ongoing Ashes series.

Khawaja, on the other hand, is yet to play a game with the likes of Marcus Harris and Travis Head preferred over the Pakistan-born batter.

However, with the series already done and dusted, Australia might make a few changed to the squad, and the likes of Khawaja might get an opportunity or two to put their skills to test.