The charming and tiny Bajaj Qute has actually been featured in a Hollywood movie with an enviable star cast! Here are all the deets.

The Bajaj Qute is a charming quadricycle, one that arrived sometime earlier in the Indian market. While the Qute did not quite find the popularity that it sought, it has now featured in the trailer of an upcoming Hollywood movie, The Lost City. The Bajaj Qute is seen venturing through a jungle and handles the task quite well owing to its compact dimensions. It is also shown falling off a cliff in the trailer! 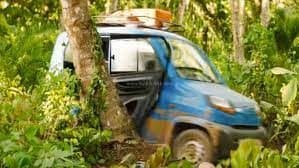 Loretta Sage in the trailer is played by Sandra Bullock while Alan is played by Channing Tatum. To add to the enviable star cast, there is Daniel Radcliffe as the movie’s villain as well! Brad Pitt will also be seen in the film, adding to the excitement of moviegoers worldwide. The Lost City should release sometime in March this year and is written by Seth Gordon, the man behind movies like Identity Thief, Horrible Bosses, and Baywatch. 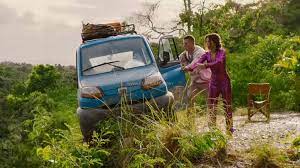 The Bajaj Qute measures just 1,312 mm, 2,752 mm, and 1,925 mm in terms of width, length and wheelbase respectively. It can accommodate four people together while being a handy option for daily commutes and household tasks. It has been tailored for usage in the city. Owing to its small size, it can be taken around almost everywhere and parked into tight areas without any hassles. The rear and front overhangs are smaller and the Qute flaunts a tall-boy and car-like design. The bumpers are painted black with a big glass zone for an airier cabin. However, air conditioning is absent. The Qute gets a single cylinder 216.6 cc four stroke liquid cooled engine that is rear-mounted, and makes 13 BHP and 18.9 Nm. The engine is paired to a five-speed manual transmission system and has a top speed of 70 kilometres per hour. 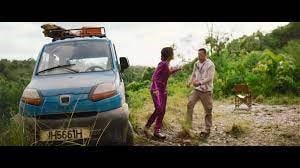 The Bajaj Qute also gets a CNG option that makes 10.83 BHP and 16.1 Nm of maximum torque, offering 45 km/kg of fuel efficiency. It offers 35 kmpl with petrol as well. The maintenance cost of the Bajaj Qute is only ₹ 1 for each kilometre according to Bajaj Auto. The Qute may be used for both commercial and private reasons. It comes at roughly INR 2.63-2.83 lakh across variants and is an interesting option for those requiring a second alternative for quick household duties, commutes, and so on.