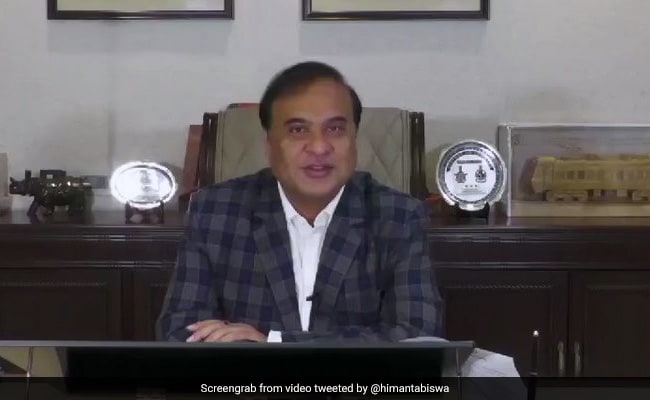 Himanta Sarma had said the leaves could be availed by all including ministers, except the chief minister

A four-day-long break, including two special casual leaves, for Assam government employees to spend time with their parents and in-laws began on Thursday.

In a series of tweets, Chief Minister Himanta Biswa Sarma urged the employees to take the special leaves and work towards reinforcing “weakening familial and social bondings”.

In his first address as the chief minister on Independence Day last year, Mr Sarma had said the state government was mulling allowing two special leaves to its employees in a year to enable them to spend time with their parents and in-laws.

The state Cabinet later approved two days additional leaves on January six and seven, with the leave dates clubbed with regular holidays on second Saturday and Sunday so that they can get a break of four days for the purpose.

“Our parents have given us a lot, and least we can do is to respond to their needs. Spend time, immerse yourselves into their love & blessings!” the CM tweeted.

To uphold ancient Indian values, I urge Assam Govt employees to spend quality time with their parents/in-laws on Jan 6 & 7, 2022 designated as spl leave.

I request them to rededicate themselves to the cause of building a New Assam & New India with blessings of their parents. pic.twitter.com/hZ2iwbgKoB

The employees who avail the special leaves will have to submit photographic evidence of their visit to their parents or in-laws.

Employees of most of the departments, except education and police, got the special leaves from Thursday.

The education department has announced granting these two days special casual leaves to the staff on January 11 and 12, clubbing it with the two days of Bhogali Bihu (an Assamese festival) holidays over the next two days.

The police personnel will be given the special leaves in a phased manner within the span of next four months.

Mr Sarma had said the leaves could be availed by all including ministers, except the chief minister, the chief secretary and the director general of police.

“In an age of weakening familial and social bondings, it is important for us to respond as a society to reinforce such values. Assam Government has launched a modest initiative towards this,” Sarma tweeted.

On Monday, the chief minister said the government was also mooting providing monetary allowance for grade 3 and 4 staff from next year to enable them to take their parents to sightseeing during the special leave period.