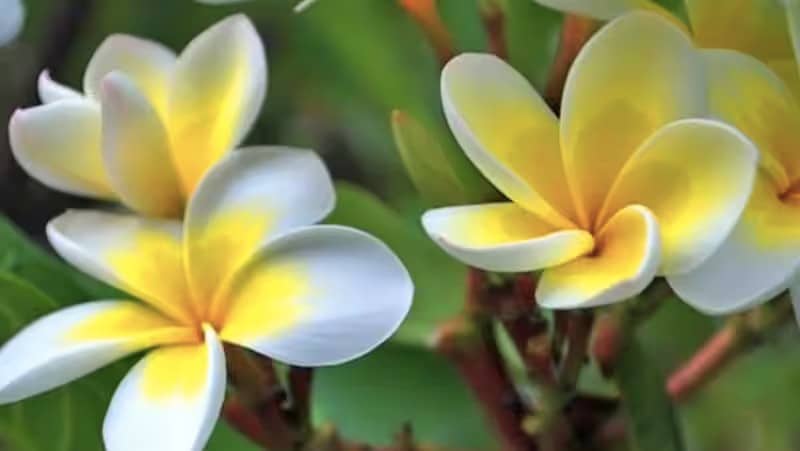 In the religion of Hinduism, the act of worshipping Lord Siva through the performance of rituals that are both conventional and ancient, including the usage of mantras, tantras, kriyas, mudras, and abhishekam, is referred to as Shiva Puja.

The Champaka Flower Is Plagued With:

In the worship of Lord Shiva, the incense known as Champaka, sometimes called Golden Champa or Yellow Champak, is not utilised. There is an intriguing tale contained within the Shiv Purana that elucidates the rationale behind the exclusion of champaka flowers from the Shiva Puja ritual. A magnificent Champaka tree with an abundance of blossoms stood on the path leading to the Shiva Temple in Gokarna. When the Sage Narada was walking to the temple one day, he came across this tree and appreciated it. He looked around and saw a Brahmin priest standing close. He arrived with the intention of picking the flowers, but upon seeing Sage Narada, he decided against it. When asked by Sage Narada, the Brahmin said that he was on his way to a neighbouring village and just stood there enjoying the Champaka tree. Sage Narada questioned the Brahmin further. The Brahmin picked the flowers, placed them in a basket, and then hid them after Narada had gone inside the temple. Sage Narada once again came across the Brahmin after leaving the temple, and this time the Brahmin revealed that he was leaving to go back to his home. Sage Narada was concerned about this behaviour, so he went to the Champaka tree and asked it whether its flowers had been picked by anybody else. The Champa tree responded in the negative. But Sage Narada still had his reservations, so he returned to the temple to investigate. There, he discovered that the Shivling had been decorated with Champaka flowers. Sage Narada approached a man who was meditating nearby and inquired about who had presented Lord Shiva with these flowers. The man explained that a malevolent Brahmin visits the Shivling on a daily basis and sprinkles it with champa flowers. This behaviour has pleased Lord Shiva, and as a result of His blessings, the Brahmin has risen to a position of great authority in the King’s court, where he now bullies those who are less fortunate. Sage Narada travelled to Lord Shiva in order to inquire as to the motivations behind his assistance to the villain. A devotee who worships Shiva with Champaka flowers cannot be disobeyed, according to Shiva’s words. Sage Narada returned to the Champaka tree and chastised it for having lied to him earlier. He asserted that the devotion of Lord Shiva would never permit the use of champa flowers in any capacity. He also cursed the evil Brahmin, saying that he would be reborn as a demon and that the only way for him to achieve moksha would be for Lord Ram to kill him.

A Word About The Ketaki Flower:

Ketaki, also known as umbrella tree or screw pine or keura in Hindi, is not permitted to be used in any aspect of worship pertaining to Lord Shiva. Because Lord Shiva has placed a curse on it, it is not given as an offering during pujas or other forms of worship. There is a very interesting tale that is told about Ketaki Flower in the Puranas, which explains why it is forbidden to use it. Once upon a time, Lord Brahma and Lord Vishnu got into a dispute about who is more powerful. In order to resolve the conflict, Lord Shiva made his initial appearance in the shape of a Jyotirlinga or Lingodabhavamurti, which is described as a column of fire that has no beginning or end. This was done in front of Lord Vishnu and Lord Brahma. Lord Shiva became involved in the conflict and said that the victor would be whoever could discover the beginning or end of the Shivling. Lord Brahma and Lord Vishnu embarked on an adventure to discover the start and finish of the tremendous column of light. Lord Brahma took the appearance of a swan as he ascended, while Vishnu took the form of a boar when he descended. When Lord Vishnu tried to locate the base, he was unsuccessful and eventually conceded defeat. While ascending, Brahma came across a Ketaki flower and stopped to smell it. Brahma continued to climb, but he was unable to discover where the highest limits were. Therefore, He made the decision to seek assistance from the Ketaki flower. Brahma made the decision to return the Ketaki flower to Vishnu as a sign to Vishnu that he had completed the journey to the pinnacle of the pillar of light. Brahma is credited with discovering the Ketaki blossom atop the Jyotirlinga, where it served as a support for the linga. Shiva was furious by your falsehood. As punishment for speaking an untruth, Brahma received the curse that he would never again be adored by mankind on earth. In a similar manner, Ketaki was cursed in such a way that she could never again be utilised in the worship of Shiva. Ketaki has been permanently excluded from pujas and the worship of Lord Shiva as a result.