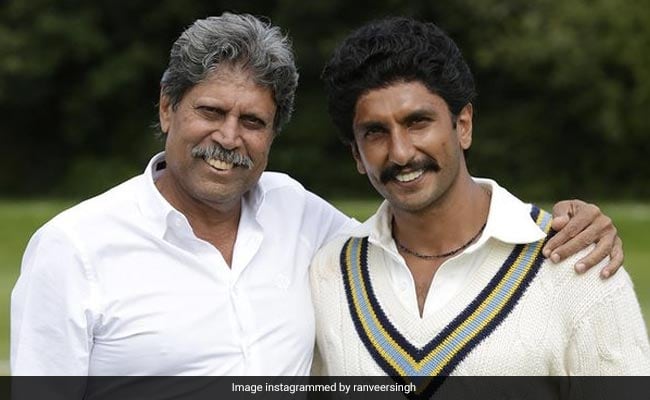 As cricket legend Kapil Dev celebrates his 63rd birthday, Ranveer Singh shared a special greeting for him on his Instagram profile. Ranveer Singh, who starred as Kapil Dev in Kabir Khan’s recently-released film 83, shared a throwback picture from the sets of the film and he wrote in his caption: “Happy birthday to the original Sakht Jaan Kapil Dev.” He signed off his post with these words: “What an honour it’s been embodying your champion spirit on screen.”

Kapil Dev, speaking of Ranveer Singh’s performance in 83 told news agency ANI last year: “Ranveer is a great actor. I don’t think he needs any inputs or any help. He just spent time with me and rest he is smart enough.”

The film opened to stellar reviews. Film critic Saibal Chatterjee, in his review for NDTV, gave the film 4 stars out of 5 and he wrote: “There can be no denying that 83 is the film it is because of the astounding central performance by Ranveer Singh. In fact, it would be inaccurate to call it a performance. The lead actor lives the part and, like Kapil Dev did, leads from the front. There is no pottering around for him. He grasps the role with unbridled passion and meets its demands head-on.”