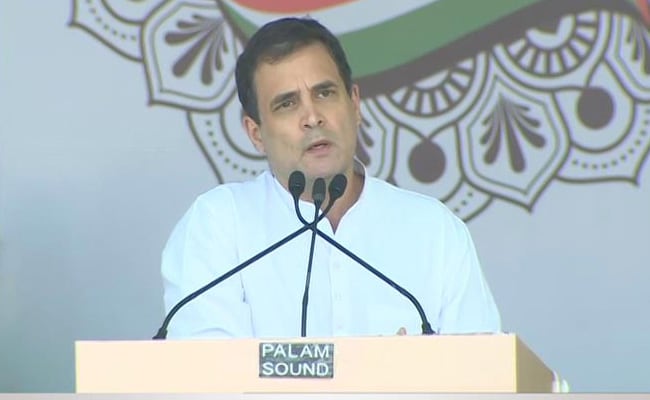 Condolences to those whose loved ones lost their lives due to gas leak accident in Surat: Rahul Gandhi

Congress leader Rahul Gandhi on Thursday demanded a proper investigation to prevent incidents like the toxic gas leak from a chemical tanker in Surat which killed six people.

He also sent his condolences to the families of those who lost their lives in the incident and wished a speedy recovery to the injured.

“Condolences to those whose loved ones lost their lives due to the gas leak accident in Surat. I wish the other victims a speedy recovery.

“Proper investigation should be done to prevent such accidents in future,” he said in a tweet in Hindi, tagging a news report about the incident.

Six factory workers died and 22 others were hospitalised after they inhaled toxic fumes leaking from the chemical tanker parked near a factory in Gujarat’s Surat district in the early hours of Thursday, officials said.