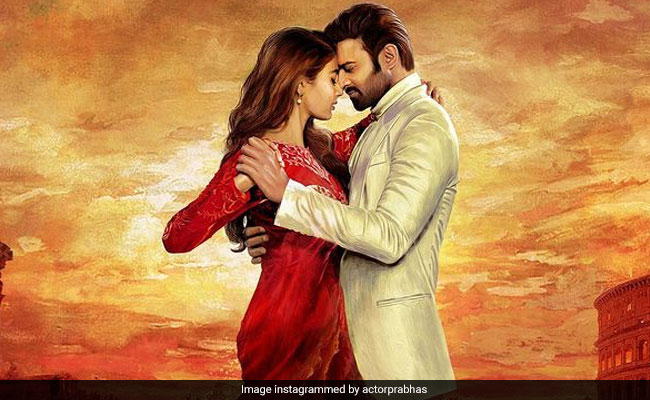 Prabhas’ much-awaited love story Radhe Shyam has been postponed due to a rise in coronavirus cases and growing concerns over the Omicron variant in the country. The announcement of the film release being postponed comes just 10 days before the film was scheduled to hit the theatre.  An official statement announcing the delay in release was shared on social media by UV Creations, which is producing the film. In a tweet, the makers said, “We have to postpone the release of our film Radhe Shyam due to the ongoing covid situation. Our sincere thanks to all the fans for your unconditional love and support. We will see you in cinemas soon..!” along with the hashtag “Radhe Shyam Postponed”.

Attached to the tweet, a detailed statement read, “We have been trying our best for the past few days but considering the growing cases of Omicron variant it looks like we will have to wait for our labour of love to get to the big screens…”

The statement added, “Radhe Shyam is a story of love vs destiny and we are sure that your love will help us rise over these tough times together. Will see you in the cinemas soon.”

The team did not, however, provide any information on an upcoming release date.

We have to postpone the release of our film #RadheShyam due to the ongoing covid situation. Our sincere thanks to all the fans for your unconditional love and support.

We will see you in cinemas soon..!#RadheShyamPostponedpic.twitter.com/aczr0NuY9r

The same was also confirmed by Bollywood trade analyst Taran Adarsh. Sharing the statement, he wrote, “It’s official: Radhe Shyam postponed…” He further added that with this decision, Radhe Shyam has become the “fourth prominent title to be postponed” after Jersey, RRR, and Prithviraj.

RRR, starring Ram Charan and Jr NTR, was scheduled to arrive in cinema halls on January 7. Meanwhile, Jersey was postponed from its initial scheduled release date of December 31.

The big releases have been pushed due to the rising COVID-19 cases having an impact on theatre capacity. For instance, the Delhi Disaster Management Authority has ordered the closure of cinemas halls and gyms. In Maharashtra, the state government last week issued new guidelines, as per which cinema halls are allowed to operate at 50 per cent capacity.

Radhe Shyam, which is headlined by Prabhas, features Pooja Hegde opposite the actor and is written and directed by Radha Krishna Kumar. In addition to UV Creations, Gopi Krishna Movies and T-Series are also backing the film.