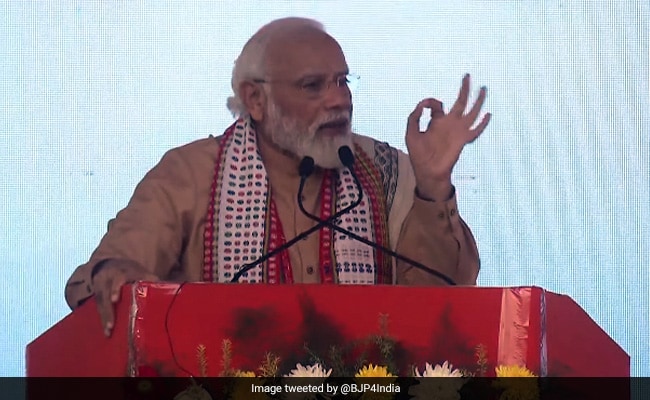 More than 1.80 lakh pucca houses have been constructed in Tripura, said the PM

Prime Minister Narendra Modi today spotlighted Tripura’s growth story as an “example” of the effectiveness of the “double engine” government – the BJP government at the Centre and in the state.

“The double engine has no match. Double engine government means proper use of resources. It means sensitivity, service accomplishment of resolutions and united effort towards prosperity. And Tripura is example of these,” the Prime Minister said while addressing a public rally after inaugurating the New Integrated Terminal Building at Maharaja Bir Bikram Airport.

“The new airport terminal is not only state-of-the-art but it depicts the culture and heritage of Tripura, now this is going to be a big attraction, this will help us develop Tripura as gateway to Northeast,” he said.

He further stated that more than 1.80 lakh pucca houses have been constructed in Tripura.

“Earlier,people owning a poorly built house with a rooftop were not eligible for the benefits under Pradhan Mantri Awas Yojana PMAY (Gramin). We identified the challenges and changed rules to benefit our poor,” he said.

Earlier in the day, the Prime Minister also visited Manipur, where he inaugurated and laid the foundation stone of several developmental projects.