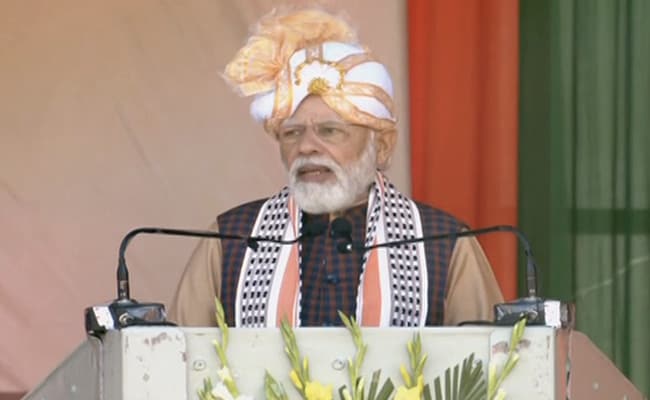 PM Modi will lay foundation stones of development projects worth over Rs 42,750 crore

Around 10,000 security personnel have been deployed in Punjab’s Ferozepur district ahead of Prime Minister Narendra Modi’s visit, which is being opposed by some farmer unions.

PM Modi is visiting Punjab after a gap of two years and set to lay foundation stones of projects worth Rs 42,750 crore.

Some farmer unions are demanding from the government to bring a law to guarantee the minimum support price (MSP) and withdraw police cases against farmers, who protested the Centre’s farm laws.

Around 10,000 security personnel will be deployed in the border district in the wake of the PM’s visit, officials said.

The Punjab Police is working in coordination with the NSG, Army and the BSF for ensuring fool-proof security arrangements, said the officials.

A team of anti-drone has also been deployed, they said.

PM Modi will lay foundation stones of development projects worth over Rs 42,750 crore, including the Delhi-Amritsar-Katra expressway and a PGIMER satellite centre in Ferozepur.

The projects also include four-laning of the Amritsar-Una section, Mukerian-Talwara broad gauge railway line and two new medical colleges at Kapurthala and Hoshiarpur.

PM Modi’s visit has come after his government repealed its contentious three farm laws, which had led to a year-long farmers’ agitation at Delhi borders.