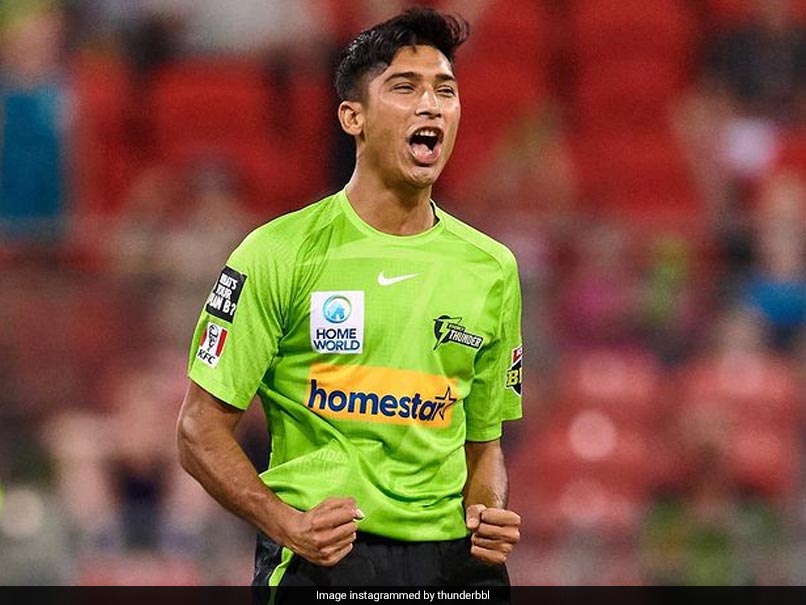 Pakistan pacer Mohammad Hasnain started his Big Bash League (BBL) journey with a bang as he took three wickets in his maiden over in the tournament against Adelaide Strikers. Hasnain dismissed Matthew Short, Jake Weatherald and Jonathan Wells in the third over of the match to jolt the Strikers’ run-chase of 173 runs. The batting side struggled to get going early on as they were reduced to 25/3 after they couldn’t cope up with Hasnain’s pacey deliveries aided by a touch of late swing.

Here’s a look at the three wickets taken by Hasnain in his maiden over:

Opener Matthew Gilkes starred with the bat to play a classy knock of 93 runs off 57 balls. However, Strikers’ bowlers roared back in the game and didn’t let any other batter dictate terms to restrict the side well below the 200-run mark.

Peter Siddle and Wes Agar were the pick of the bowlers with three wickets each.

Harry Nielsen top scored for the Strikers with a score of 39 runs but failed to take the team past the finishing line.

Hasnain ended with figures of 3/20 in his four overs.