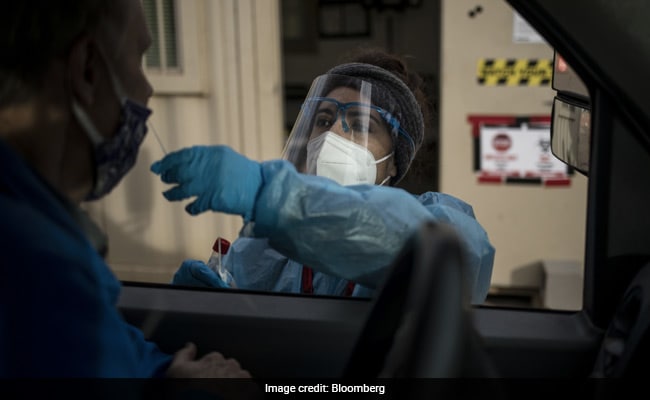 Several factors appear to have made the omicron variant less virulent.

A string of new studies has confirmed the silver lining of the omicron variant: Even as case numbers soar to records, the numbers of severe cases and hospitalizations have not. The data, some scientists say, signal a new, less worrying chapter of the pandemic.

“We’re now in a totally different phase,” said Monica Gandhi, an immunologist at the University of California, San Francisco. “The virus is always going to be with us, but my hope is this variant causes so much immunity that it will quell the pandemic.”

The omicron variant was discovered in South Africa just over a month ago, and experts caution that there is still plenty of time for the situation to change. But data from the past week suggest that a combination of widespread immunity and numerous mutations have resulted in a virus that causes far less severe disease than previous iterations.

One study out of South Africa found that patients admitted to the hospital there during the omicron-dominated fourth wave of the virus were 73% less likely to have severe disease than patients admitted during the delta-dominated third wave. “The data is quite solid now that hospitalizations and cases are decoupled,” said Wendy Burgers, an immunologist at the University of Cape Town. 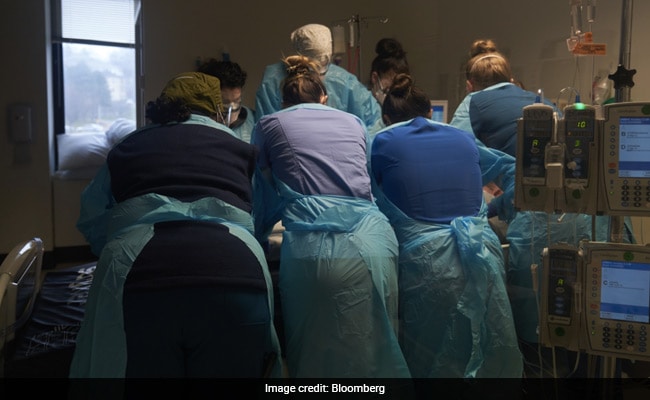 The omicron variant was discovered in South Africa just over a month ago.

Early on, much of the alarm over omicron was due to the variant’s large number of mutations, many of which are on the spike protein, the part of the virus responsible for helping it invade host cells. Those mutations, early data suggested, allowed the virus to easily infect not only unvaccinated people, but also to evade antibody responses from both previous infections and vaccines. But the question remained how omicron would fare once it made its way past those first lines of defense.

Several factors appear to have made the omicron variant less virulent, or severe, than previous waves of Covid-19. One factor is the virus’ ability to infect the lungs. Covid infections typically start in the nose and spread down the throat. A mild infection doesn’t make it much farther than the upper respiratory tract, but if the virus reaches the lungs, that’s usually when more severe symptoms occur.

But five separate studies in the past week suggested that the variant does not infect the lungs as easily as previous variants. In one study, released as an online pre-print by a large consortium of Japanese and American scientists, hamsters and mice infected with omicron experienced far less lung damage and were less likely to die than those infected with previous variants. Another study out of Belgium found similar outcomes in Syrian hamsters, which have been known to experience particularly severe illness with previous iterations of the virus.

In Hong Kong, scientists studied a small number lung tissue samples from patients collected during surgery and found that omicron grew more slowly in those samples than other variants did.

Burgers said this change in virulence likely has to do with how the virus’s anatomy changed.

“It used to use two different pathways to get into cells, and now because of all the changes to the spike protein, it’s preferring one of those pathways,” she said. “It seems to prefer to infect the upper respiratory tract rather than the lungs.”

This, Burgers said, could mean less severe infection, but also more transmissibility as the virus replicates more often in the upper respiratory tract, from which it can more easily spread.

While omicron may be good at evading the attacks of antibodies, recent studies have also shown that it has far less success avoiding the second-line defenses of vaccines and prior infections: T-cells and B-cells.

T-cells are responsible for attacking a virus once it makes its way into the body’s cells if antibodies fail to prevent infection in the first place. In a recent study by Burgers and colleagues, scientists used white blood cells from Covid patients to show that about 70-80% of the T-cell response is preserved compared with previous strains of the virus. That means that for those who are either vaccinated or had a Covid infection in the past 6 months, it is likely their T-cells can recognize omicron and fight it off relatively quickly.

This latest research will need to be followed up with further study. If it holds up to additional scrutiny, it just might explain why current infections appear to be more mild than in previous waves of the virus.

“When you start to see different kinds of data all pointing in the same direction, you begin to feel more confident that it’s going to hold up,” said Jessica Justman, a Columbia University Medical Center epidemiologist.

That said, as cases skyrocket, the absolute number of hospitalizations and deaths will still rise alongside them, even if those numbers tick up more slowly.

“When your denominator is very large because many, many people are getting infected, you still wind up having many people going to the hospital who need care,” Justman said. Higher case numbers will also still create disruption in work, travel and schooling.

Gandhi, at University of California, San Francisco, said that while case numbers might be reaching records, she hopes omicron’s combination of high transmissibility and mild infection might signal the beginning of the end. She pointed to another study out last week from Hong Kong, which showed that vaccinated patients infected with omicron generated strong immune responses against other versions of the virus as well. This, she said, might explain why case numbers peaked quickly in South Africa.

“I hope this variant creates profound immunity in the population,” she said. “It will hopefully end the pandemic.”