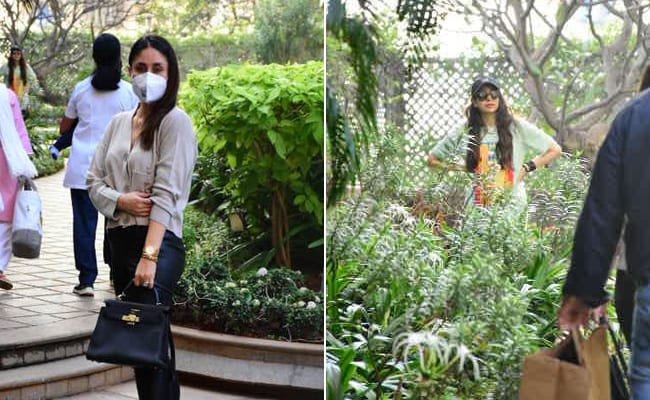 On Saturday, Kareena Kapoor along with her son Jeh and sister Karisma Kapoor were spotted at father Randhir Kapoor’s house for New Year celebrations. Kareena and Karisma Kapoor’s mother Babita Kapoor was also photographed on Saturday. In the photographs, Kareena Kapoor can be seen dressed in a beige top styled along with a black bag whereas Karisma Kapoor can be seen wearing sunglasses and a cap. Mother Babita wore a floral top and baby Jeh was all smiles for the shutterbugs outside Randhir Kapoor’s residence. 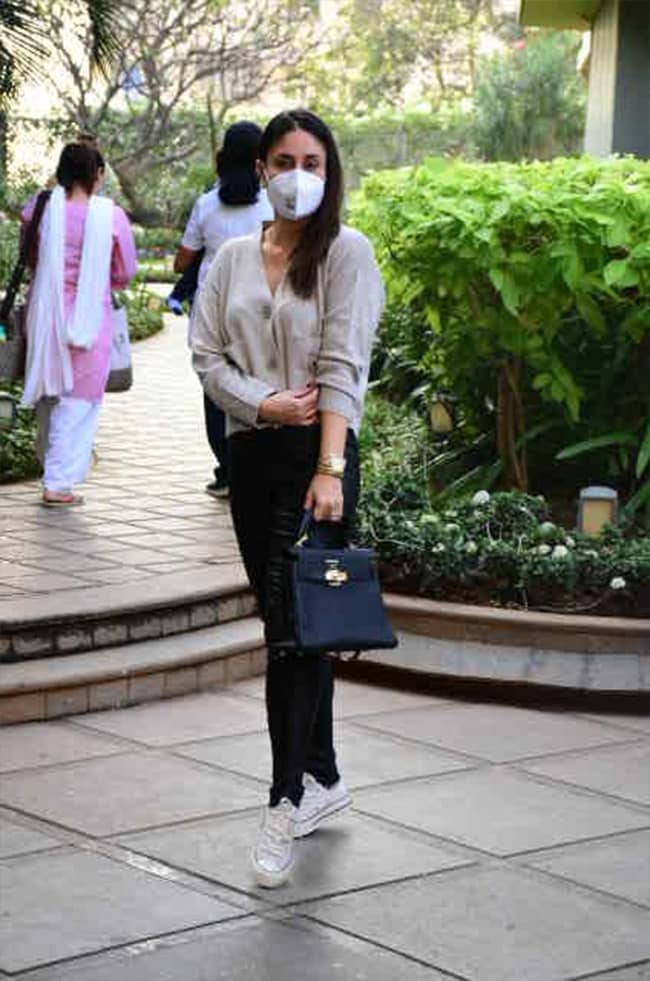 Last month, Kareena Kapoor had tested positive for Covid-19, following which, she had to isolate herself for two weeks. Confirming the same, the actress shared a series of Instagram stories and wrote: “I have tested positive for Covid. I immediately isolated myself while following all medical protocols. I request anyone who has come in contact with me to please get tested.”

On December 7, Kareena Kapoor and Amrita Arora were pictured at Rhea Kapoor’s house for dinner; the next day, they attended a get-together at Karan Johar’s house and tested positive for COVID-19 on December 12.

A section of the Internet has been seeing the dinner at Karan Johar’s as the spreader of the virus among the stars. However, both Kareena Kapoor and Karan Johar, who tested negative twice, issued statements – Kareena stated that she has not been unmindful of COVID safety rules and KJo denied that his house was a “hotspot for COVID.” In terms of work, Kareena Kapoor was last seen in Angrezi Medium.