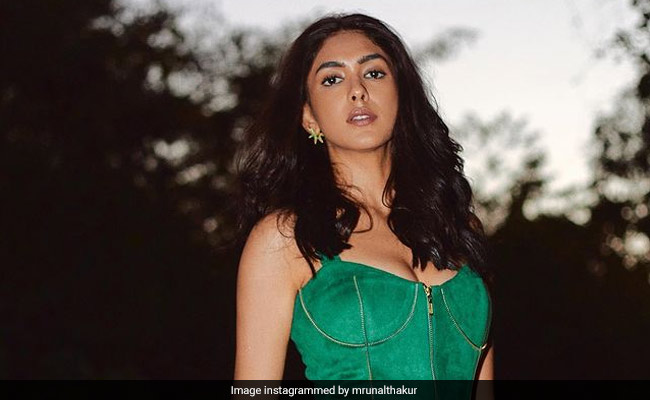 Actor Mrunal Thakur has tested positive for COVID-19, she revealed in her Instagram story on Saturday. Mrunal Thakur stated that she has mild symptoms but is feeling fine. She wrote: “I have tested positive for COVID-19. As of today, I have mild symptoms but I’m feeling ok and have isolated myself. I am following the protocol given by my doctor and health professionals.” She added in her statement, “If you have been in contact with me, request you to please, please get tested immediately. Stay safe everyone.” 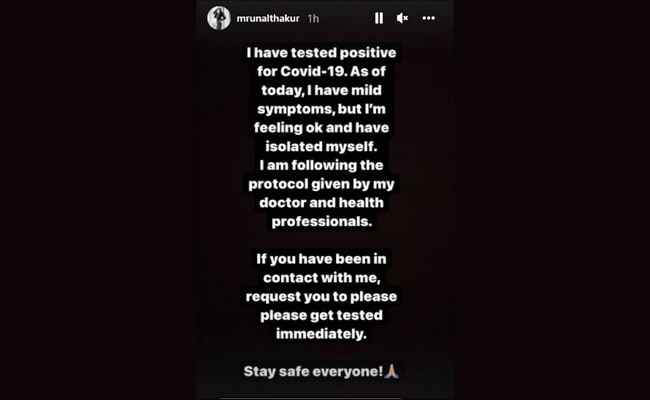 Earlier this week, the release date of Mrunal Thakur’s forthcoming project Jersey was postponed amid Covid spike. The film was slated to release on December 31. “In view of the current circumstances and new Covid guidelines, we as a team, feel it is prudent to postpone the release of Jersey. We will see you as soon as we can with our film in 2022. Wishing everyone a happy and healthy new year,” film’s lead actor Shahid Kapoor wrote.

Mrunal Thakur had a super schedule year in 2021. She featured in Toofaan with Farhan Akhtar. The actress then starred as a news reporter in Dhamaka alongside Kartik Aaryan. She also featured in Jersey, which was scheduled to release on December 31 but has now been postponed.

Mrunal Thakur is best known for her performances in films like Super 30, Batla House, Love Sonia, Ghost Stories, among many others.