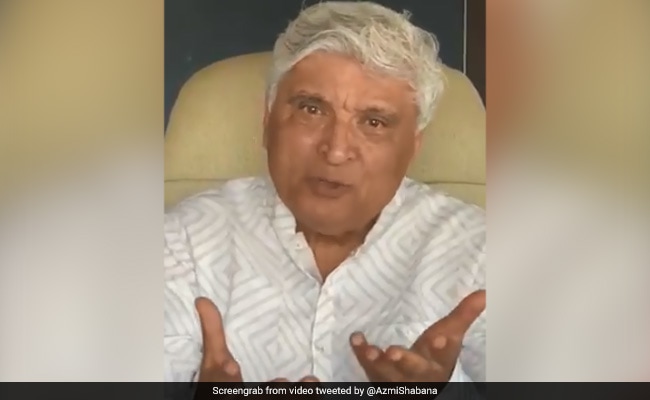 After an 18-year-old woman was arrested by the Mumbai police in connection with the Bulli Bai app controversy, veteran lyricist Javed Akhtar expressed his views on the same, urging people to forgive her as the young girl reportedly lost her parents to cancer and COVID-19 recently.

Mr Akhtar, who has been actively sharing his opinions on the case, took to his Twitter handle on Wednesday to ask netizens to show compassion and forgive the girl.

He tweeted, “If ” bully bai” was really masterminded by an 18 year old girl who has recently lost her parents to cancer n Corona I think the women or some of them meet her and like kind elders make her understand that why what ever she did was wrong . Show her compassion and forgive her.”

For the unversed, on Tuesday, Mr Akhtar had slammed a section of social media users who questioned the honour of his great-great-grandfather Fazl-e-Haq Khairabadi after he questioned PM Modi and raised his voice against the ongoing ‘Bulli Bai’ controversy.

The controversy erupted when photos of hundreds of Muslim women were collected from their social media accounts and were uploaded on an app and it would then encourage people to participate in their auction.

Meanwhile, apart from the 18-year-old woman, a 21-year-old engineering student was also held in Bengaluru in a raid by a Mumbai Police team in connection with the ‘Bulli Bai’ row.

Another person whose identity has not been disclosed yet was also arrested on Wednesday in the same case.