COVID-19: Coronavirus cases have been rising in India amid Omicron threat

India is going through an Omicron wave – one we don’t seem to be acknowledging. While official figures suggest that Omicron cases are less than 2 per cent of India’s total Covid cases, this could be a massive underestimate. This report is based on exclusive information researched by NDTV’s Meher Pandey and Saurabh Gupta, and warns that a major Omicron health crisis could hit India very soon and that Omicron is now the dominant variant in India.

While the official number of Omicron cases in India is estimated to be nearly 1, 500, in reality, it could be more than 10 times that – as high as 18,000 – with the number shooting up every day. 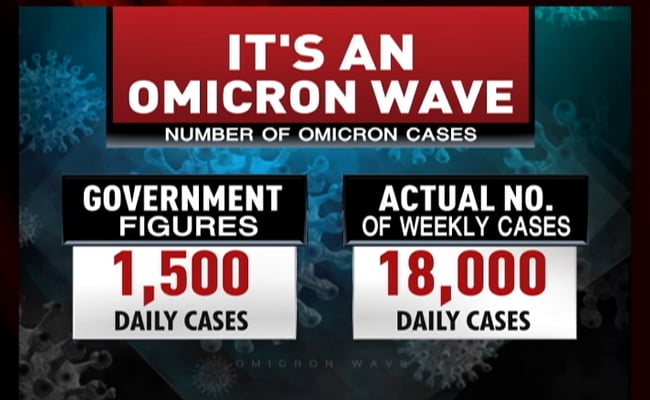 India is following the rest of the world in galloping Omicron cases, which in some countries, account for 90 per cent of new cases. 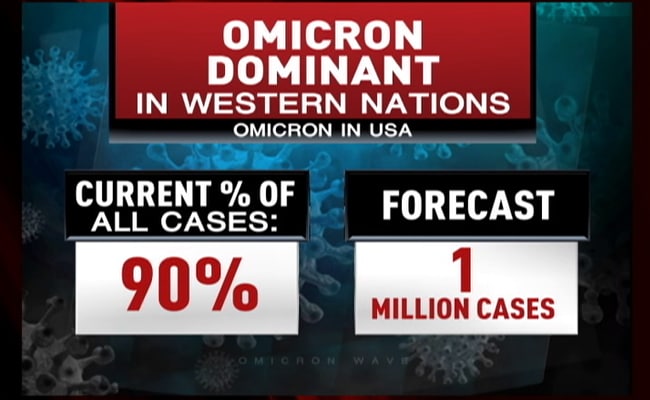 India’s official numbers are so low because it has very few testing facilities or labs that can check for genome sequencing which is essential to detecting Omicron. NDTV collected data from two labs that are able to test for Omicron – and the numbers tell a very different story from what official figures suggest.

Two major labs, one each in Delhi and in Mumbai, testing for Omicron, show that of all Covid cases, Omicron is now as high as nearly 60 per cent. Another Omicron lab in Mumbai is also likely to show in its next report that Omicron is 60 per cent, up from 37 per cent just a week ago. 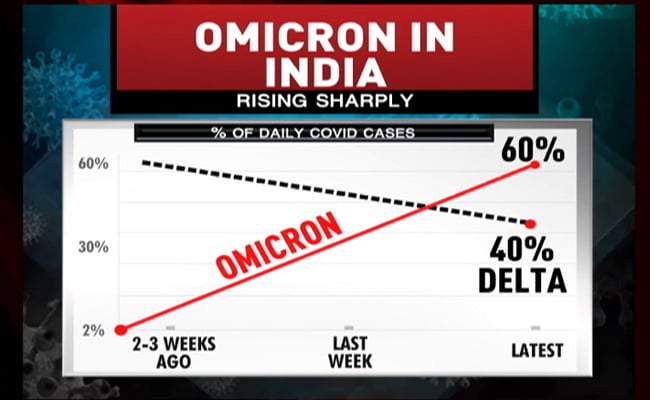 Particularly alarming is the fact that Omicron cases are rising much faster than Delta – from about 2 per cent share of total Covid cases two to three weeks ago, then shooting up to 30 per cent a few days ago- and is now close to 60 per cent of all Covid cases. During this period, the share of the Delta variant has fallen consistently, making Omicron the dominant variant in India. 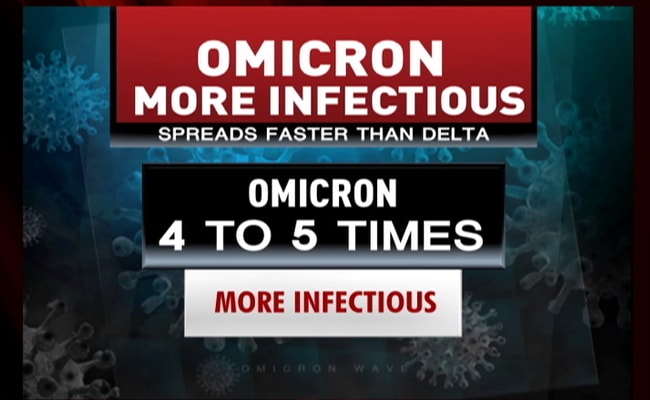 But the worrying news for India is that Omicron spreads much faster – it is estimated to be four to five times more infectious than the Delta variant.

This suggests that if this third wave accelerates in India like it has across the rest of the world, India could see between 16 lakhs to 20 lakh cases every day at its peak compared with the compared with the 4 lakh Delta cases that India had at the peak of our second wave. 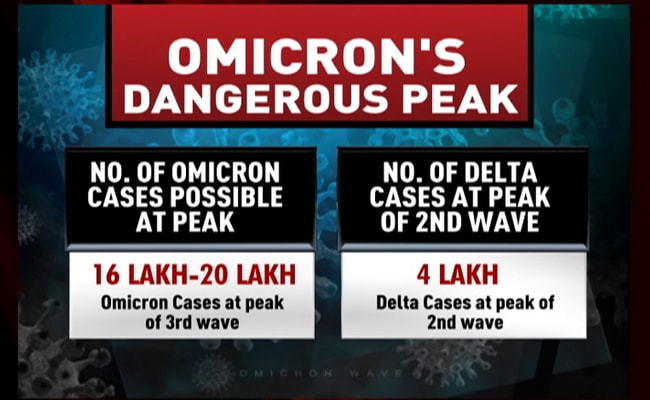 This would place an unmanageable strain on our medical system – hospital beds, oxygen cylinders, doctors, and the availability of medicines. This is because even though a fewer percentage of Omicron cases are likely to be hospitalized, the overall number of cases and infections are so much larger. 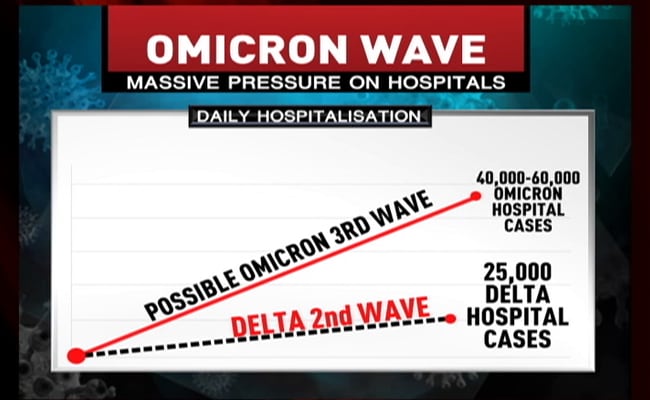 India’s medical infrastructure was close to breaking point during the Delta-driven second wave. With potentially nearly three times that number of hospitalisations under Omicron, India could land in a major health crisis.

The one positive India can hope for is that the Omicron wave, though much worse than the Delta wave, may not last as long. Data from South Africa shows that Omicron waves tend to both spike faster and die away quicker than Delta waves.

Nevertheless, India does not appear to be preparing itself for what, at its worst, could be a terrible third wave ahead. It needs to focus immediately on much bigger and focused preparations.