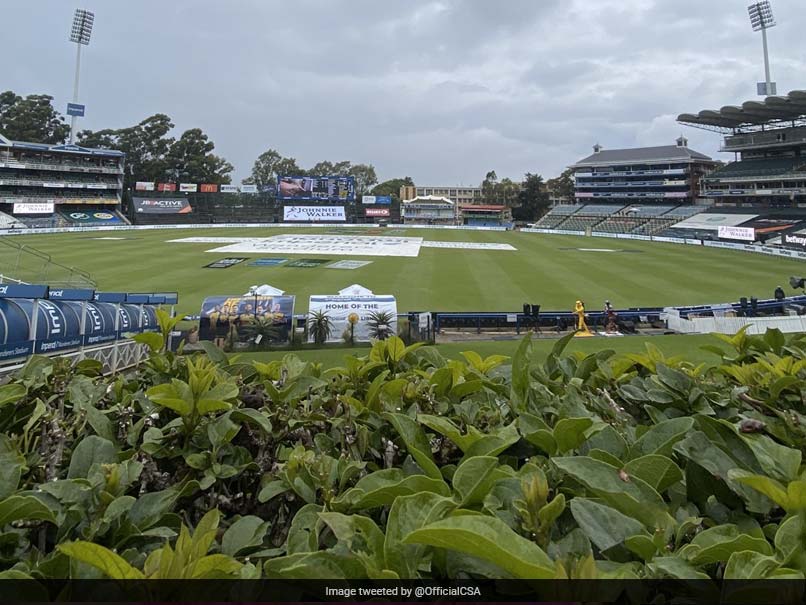 IND vs SA 2nd Test Day 1 Score Updates: Start of play has been delayed due to poor weather.© Twitter


IND vs SA Live Score 2nd Test, Day 4: Having been set a 240-run target, South Africa need 122 runs against India on Day 4 of the ongoing second Test match in Johannesburg. Start of play has been delayed due to inclement weather in the area. Dean Elgar (46*) and Rassie van der Dussen (11*) will resume batting for the Proteas who wrapped up Day 3 at 118 for two. South Africa put in a good start in their second innings but lost the wickets of Aiden Markram and Keegan Petersen on Day 3. The duo played T20-like knocks which could have a huge impact on the result. Markram smashed 31 runs off 38 balls before losing his wicket to Shardul Thakur. Meanwhile, Petersen slammed 28 runs off 44 balls and was eventually dismissed by Ravichandran Ashwin. Initially, half-centuries from Cheteshwar Pujara (53) and Ajinkya Rahane (58) helped India post 266 in their second innings, setting a target of 122 runs. The Proteas pace attack were in top form with Kagiso Rabada, Lungi Ngidi and Marco Jansen registering three-wicket hauls. On Day 4, the Indian bowling department will be aiming for quick wickets in the first session and turn the tide towards their side. Meanwhile, the Proteas batters will be hoping to soak the pressure and not lose wickets cheaply. (Live Scorecard)