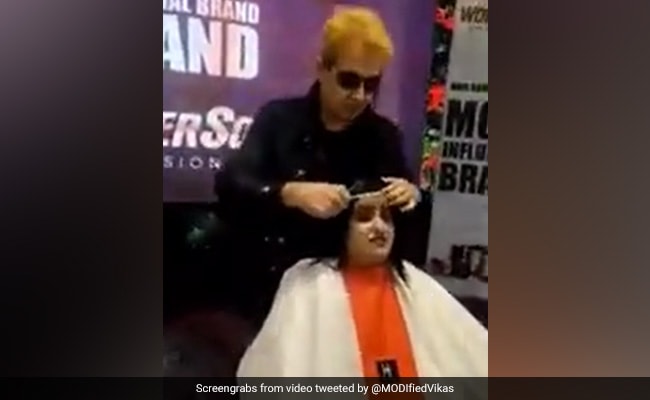 The National Commission for Women has asked the Uttar Pradesh Police to probe the veracity of a purported video that shows hair stylist Jawed Habib spitting on a woman’s head while styling her hair.

The incident occurred at a workshop conducted by Mr Habib in Uttar Pradesh’s Muzaffarnagar.

“@NCWIndia has taken cognizance of the incident. Chairperson @sharmarekha has written to @dgpup to immediately investigate the veracity of this viral video and take appropriate action. The action taken must be appraised to the Commission at the earliest,” the women’s commission said in a tweet on Thursday.

Another video of the woman recounting the experience has also been posted on social media.

“Yesterday, I attended a workshop of Jawed Habib. He invited me to the stage for a haircut. He said if there is no water, you can use saliva. From now onwards, I will go to my street-side barber for a haircut, but will not go to Habib,” said Pooja Gupta, who owns a beauty parlour.