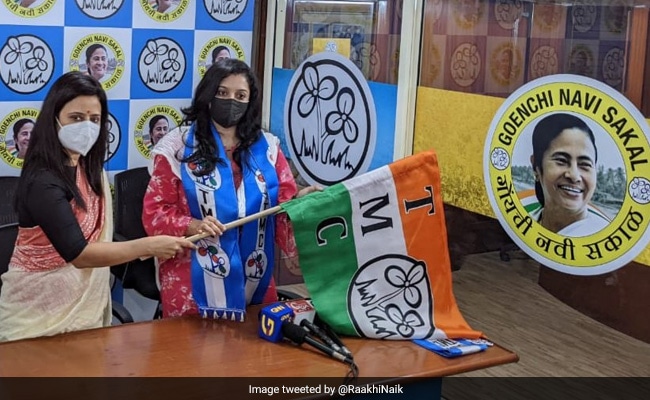 Rakhi Naik had joined Congress two months ago after resigning from Shiv Sena.

“With heavy heart and after thinking consciously, I have decided to end my short but fruitful inning in @INCGoa. I have sent my resignation to @girishgoa,” Ms Naik said in a tweet.

With heavy heart & after thinking consciously , I have decided to end my short but fruitful inning in @INCGoa. I have sent my resignation to @girishgoapic.twitter.com/6AP314wmWq

In her resignation letter, Ms Naik had stated that she had started to get despondent in the party owing to the “directionless leadership”.

Ms Naik had joined the Congress two months ago after resigning from the Shiv Sena.

Talking to news agency PTI, Ms Naik said that the Congress leaders in Goa were working against what national leaders like Priyanka Gandhi Vadra had been preaching, and the local leadership was directionless.

Later in the evening, Ms Naik joined the Trinamool in the presence of the party’s Goa desk in-charge Mahua Moitra.

Ms Naik said that she chose to join the Trinamool, as it was the only political alternative to the BJP in Goa.

The development has come ahead of the elections to the state legislative Assembly, scheduled to be held next month.