Existing criteria to identify EWS (Economically Weaker Section) reservation beneficiaries for admission to medical courses across the country will be retained for this academic year, the government told the Supreme Court in an affidavit filed Friday, details of which emerged this morning.

EWS norm revisions can be applied from the next academic year, the government said.

The affidavit was in response to the court asking the government why it had settled on an annual income of less than Rs 8 lakh – which is the same standard used to determine the ‘creamy layer’ among OBCs – to identify potential EWS beneficiaries among the all-India quota.

At the last hearing, in November, Solicitor-General Tushar Mehta, appearing for the government, said existing income criteria would be revisited and a decision made within four weeks.

The government had earlier argued that the Rs 8 lakh annual income criteria was consistent with Articles 14, 15 and 16 of the Constitution.

However, a bench led by Justice DY Chandrachud was unconvinced. “You must have some demographic or socio-economic data. You can’t just pluck the 8 million figure out of thin air,” Justice Chandrachud said. 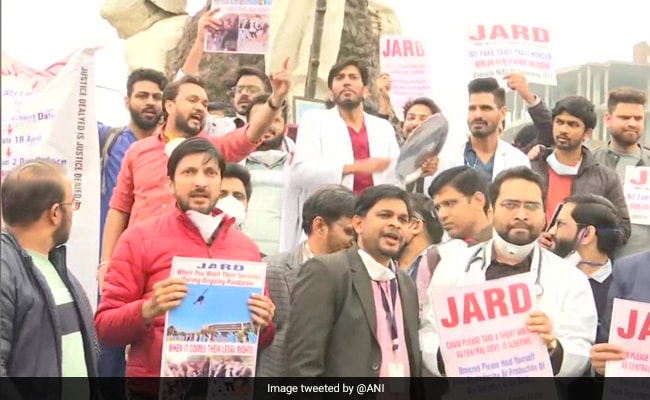 The court also wanted to know how the criteria could be applied across India. “How can a person’s earning in a small town or village be equated with those earning the same in a metro city?” it asked.

The row over the EWS quota issue has impacted NEET admissions, so much so that junior doctors in the national capital last week launched a 14-day protest against the delays.

The doctors accused the government of dragging its feet on this issue and warned of serious consequences for the country’s healthcare, particularly in light of the Covid pandemic.

The protest was halted after Union Health Minister Mansukh Mandaviya agreed to submit the EWS norms revision report by the expert committee to the Supreme Court.