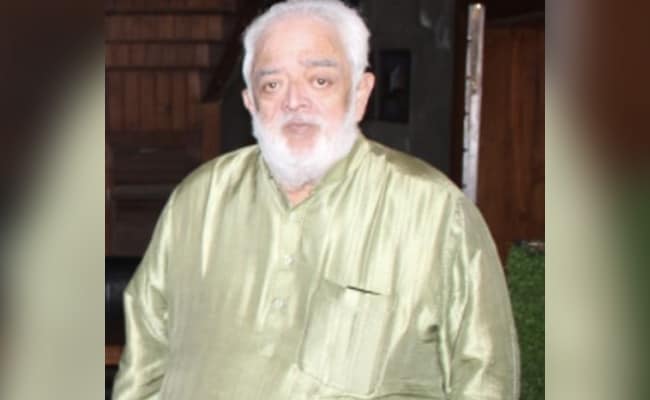 On Sunday, director Rahul Rawail tested positive for Covid-19. The filmmaker is currently under quarantine and taking all the necessary precautions. The 70-year-old director has contracted the virus last week. The same was confirmed by the director, reports PTI. Rahul Rawail has directed films like Arjun in 1983 and Betaab in 1985. Rahul Rawail was born on April 7, 1951, in Mumbai, India. He has also directed and produced films like Mast Kalandar in 1991 and Dacait in 1987. Last month, Vice President M Venkaiah Naidu launched Rawail’s new book ”Raj Kapoor: The Master At Work” which is a tribute to his mentor and late filmmaker Raj Kapoor, in New Delhi. Rahul Rawail is one of the latest Bollywood personalities who have recently tested positive for COVID-19 including actors Mrunal Thakur, Nora Fatehi, producer Rhea Kapoor and her husband Karan Boolani who were recently tested positive.

Recently, Sonam Kapoor’s sister Rhea Kapoor and her husband Karan Boolani tested positive for COVID-19, the Aisha producer shared on her Instagram story on Wednesday. Rhea and Karan Boolani, who is also a producer, had hosted a dinner party for a couple of their friends, including fashion designer Masaba Gupta and her boyfriend and actor Satyadeep Misra, earlier this month and had written about taking the COVID test before the get-together. Later in her Instagram story, Rhea wrote: “Yes I’m positive for covid in spite of being super careful. But this is the nature of the pandemic, not sure why my or anyone’s private health information is news or gossip. This information should be only for government and medical bodies so they can do their job and not on gossip sites. It’s invasive and weird. My husband and I are isolating and taking all prescribed medications and precautions.” 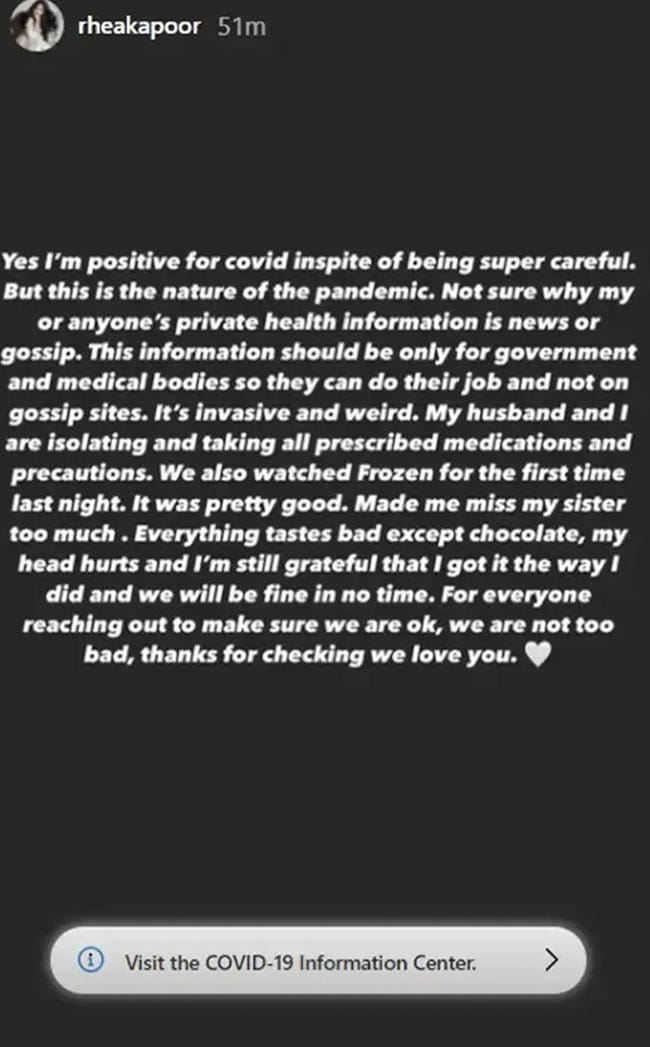 On Saturday, Mumbai has reported 6,347 new COVID-19 cases, taking the caseload in the city to 7,91,457. According to civic officials, Saturday’s count was the highest since the 5,888 cases witnessed on April 24 this year during the second wave reports PTI.