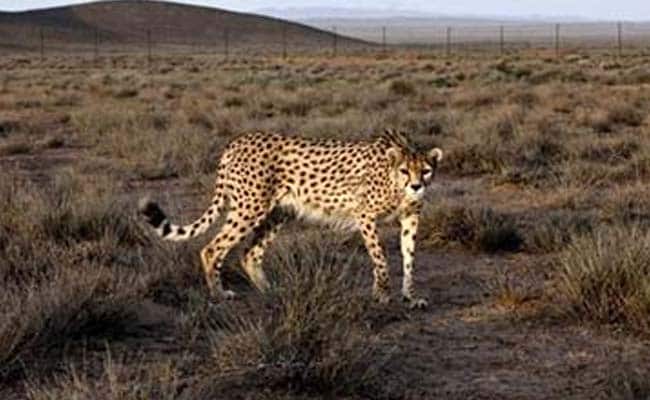 After becoming extinct in 1952, cheetah is all set to return to India as the Centre on Wednesday launched an action plan under which 50 of these big cats will be introduced in the next five years.

Union Environment Minister Bhupender Yadav launched the action plan at the 19th meeting of the National Tiger Conservation Authority (NTCA) saying, “The cheetah that became extinct in independent India, is all set to return.”

The plan to reintroduce cheetah had gone in limbo due to COVID-19, an NTCA official had earlier said.

As per the action plan, a cohort of around 10-12 young cheetahs that are ideal for reintroduction shall be imported from Namibia or South Africa as a founder stock during the first year.

“An existing coalition of wild males shall be selected while the selected females shall also be known to each other as far as possible. The animals’ lineage and condition shall be checked in the host country to ensure that they are not from an excessively inbred stock and are in the ideal age group, so as to conform to the needs of a founding population,” said the over 300-page action plan.

Among the 10 surveyed sites in five central Indian states, Kuno Palpur National Park (KNP) in Madhya Pradesh was rated high on the priority list for introduction of cheetah because of its suitable habitat and adequate prey base.

As per the plan, the Centre, along with ministry of environment and the Cheetah Task Force, will create a formal framework to collaborate with governments of Namibia and/or South Africa, through the Ministry of External Affairs.

Cheetah, the world’s fastest land animal, was expected to be reintroduced into the country in November 2021 in Madhya Pradesh but the plan got derailed due to the pandemic, an official said.

In his address in the meeting, Mr Yadav said the Prime Minister is keen on protection and conservation of seven major big cats including Cheetah.

The union minister also released a Water Atlas on Wednesday, mapping all the water bodies in the tiger-bearing areas of India.

The atlas has been put together using remote-sensing data and Geographic Information System (GIS) mapping.

“It will provide baseline information to forest managers to shape their future conservation strategies,” the minister said.

Mr Yadav also said that tiger continues to be an endangered species. He said it is imperative that we have a reliable estimate of tiger number at Tiger Reserve & Landscape Level for their effective management.

“The fifth cycle of All India Tiger Estimation which is currently underway will help in taking correct policy decisions,” the minister said.

“We have 51 Tiger Reserves in the country and efforts are being made to bring more areas under the Tiger Reserve network,” he said.

The minister said that the tiger reserves were not just for tigers because more than 35 rivers originate from these areas which are crucial for water security.

The minister said continuous efforts are being made for involvement of local communities for protection of tiger reserves and eco-tourism there.

Fourteen tiger reserves have been accredited under CA|TS, and NTCA is working on getting other reserves evaluated for CA|TS accreditation, the minister said.

He said six committees will be formed which can visit the reserves and help formulate better policy.

Regarding poaching, the minister said the air gun problem in north eastern states is an issue and that states and union territories have been advised by the ministry for holding awareness program so that people can surrender their air guns.