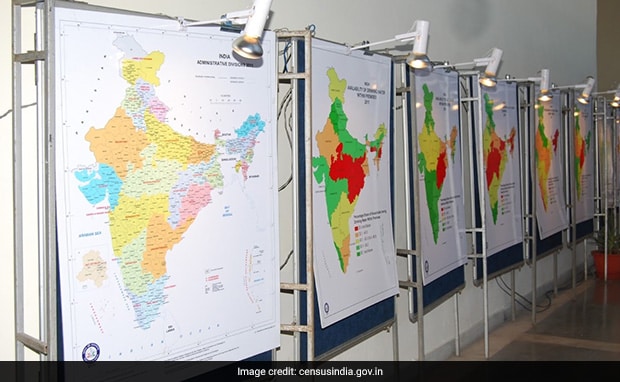 The decennial census, supposed to be held in 2020-21 but postponed due to the Covid pandemic, will not be held anytime soon.

The Centre has directed the states not to alter the boundaries of the districts and other civil and police units till June 2022 — a mandatory requirement three months prior to the country’s biggest enumeration exercise.

With the third wave of COVID-19 pandemic looming large, Union Home Ministry officials said so far, no decision has been taken on when to conduct the census and then update the National Population Register (NPR).

The Registrar General and Census Commissioner of India has conveyed to the states that the central government has put a ban on the alteration of boundaries of districts, sub-divisions, taluks, police stations, etc. till June 2022, an official from the Home Ministry said.

Ban on alteration of boundaries of administrative and police units, at least three months prior, is mandatory for conducting the census operations.

Since the boundaries of the administrative and police units have been freezed till June 2022, there is no question of launching the census operations before October, the official said.

The active cases have increased to 1,45,582, while the national COVID-19 recovery rate was recorded at 98.20 per cent, the health ministry said.

The central government had first ordered freezing of the boundaries of the administrative units from January 1, 2020 to March 31, 2021.

Subsequently, after the outbreak of the pandemic, it was extended till December 31, 2020.

The ban on alteration of the administrative boundaries was again extended till December 31, 2021 and now till June 30, 2022.

The total number of districts in the country in 2011, when the last census was conducted, was around 640. India now has about 100 more districts.

The housing listing phase of the Census and the exercise to update the NPR were scheduled to be carried out across the country from April 1 to September 30, 2020 but postponed due to the COVID-19 outbreak.

According to the earlier schedule, the census would have its reference date as March 1, 2021 and for Jammu and Kashmir, Himachal Pradesh and Uttarakhand, it would have been October 1, 2020.

In March 2020, when the Covid lockdown was announced, the Registrar General and Census Commissioner of India was all set for the first phase of the census and updation of the NPR that was scheduled to begin from April 1, 2020.

Even though some state governments opposed the NPR update, all offered full support to the census exercise.

While the census exercise was estimated to cost Rs 8,700 crore, the Union Cabinet had approved Rs 3,941.35 crore for the NPR exercise.

The census is the largest single source of a variety of statistical information on different characteristics of the people of India.

With a history of more than 130 years, this reliable, time tested exercise has been bringing out a veritable wealth of statistics every 10 years.

The rich diversity of the people of India is truly brought out by the decennial census which has become one of the tools to understand and study India.

The objective of the NPR is to create a comprehensive identity database of every usual resident in the country.

The database would contain demographic as well as biometric particulars.

The NPR is a register of usual residents of the country. It is being prepared at the local (village and sub-town), subdistrict or sub-division, district, state and national levels under provisions of the Citizenship Act, 1955 and the Citizenship (Registration of Citizens and Issue of National Identity Cards) Rules, 2003.

The data for NPR was last collected in 2010 along with the house listing phase of the Census 2011. The data was updated during 2015 by conducting door to door surveys.

While updating the register in 2015, the government had asked for details like Aadhaar and mobile numbers.

This time, the information related to their driving licence and voter ID card may also be gathered, the officials said.

Though information regarding the place of birth of parents will be sought, it is up to the residents whether to respond to the question as it is voluntary.

The law compulsorily seeks to register every citizen of India and issue a national identity card.