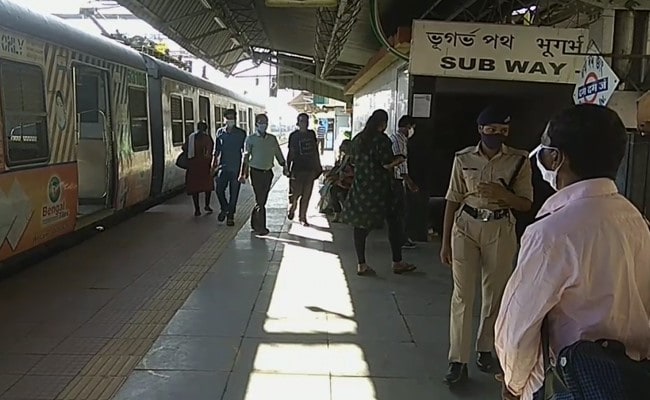 Bengal: An official earlier said local trains would be allowed to operate at 50% seating capacity (File)

Amid protests and blockades at several railway stations on Monday over the curbs imposed on local train services in West Bengal, the state government modified the order its issued a day ago, extending operations till 10 pm from the earlier 7 pm.

According to the modified order, the last train will leave its station of origin at 10 pm, an official said.

“In modification of the earlier order, local train services will now be extended up to 10 pm in place of 7 pm. The last train will leave at 10 pm,” the official at the state secretariat added.

On Sunday, Chief Secretary HK Dwivedi, while announcing fresh COVID-19 curbs in the state, had said that suburban trains would be allowed to operate at 50 per cent seating capacity till 7 pm.