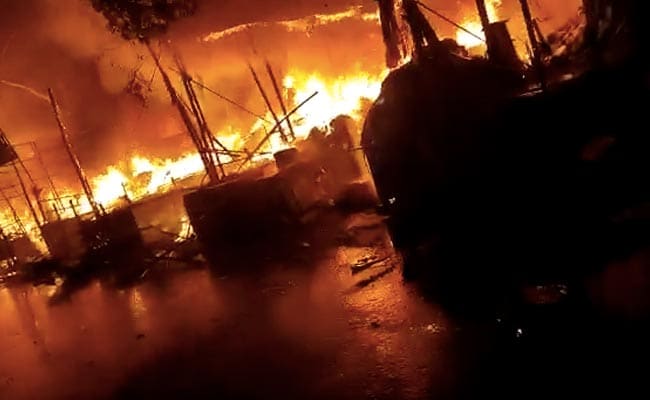 A massive fire broke out in Delhi’s Chandni Chowk early today and 12 fire engines had to be rushed to the spot to douse the flames.
The fire in Lajpat Rai market, which is located opposite to the Red Fort, started around 4.45 am.

A whole line of small shops can be seen burning in a video shot on the spot.

There is no information yet on on what caused the fire.