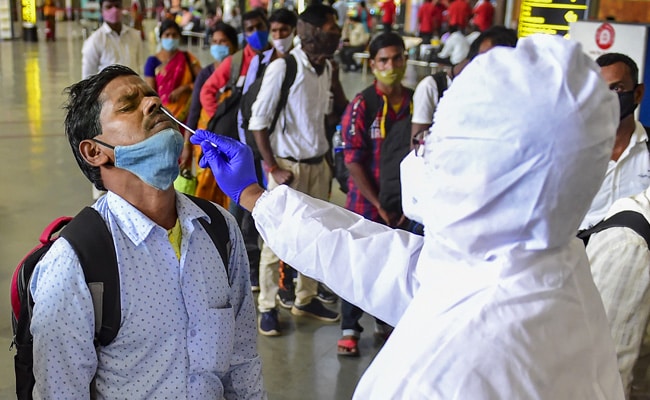 Maharashtra will no longer prioritise the genome sequencing of samples on the advice of the state Covid Task Force. This as the state posted over 36,000 cases on Thursday – a massive 36.65 per cent increase from Wednesday.

Genome sequencing is failing to keep up as the country continues to produce a tidal wave of daily cases, the state reasoned.

It is more important to treat patients than identifying the variants of coronavirus, state Health Minister Rajesh Tope told NDTV. Maharashtra has reported 876 cases of the Omicron variant so far.

“Genome sequencing is not the most important thing right now and that is what the Task Force and bodies like the ICMR feel at the moment,” he said.

“We will do whatever we can but it’s not for everyone. For example, if the Rapid Antigen Test is positive, there is no need to repeat the RT-PCR test. After that, there is no need to do genome sequencing as well because when it comes to the treatment of the variants whether it is Delta or Omicron, it is not very different.”

Mumbai’s civic body BMC, which had earlier announced that it would do as many tests as possible when cases began spiking – especially in the metropolis, will continue testing for the variants as usual.

“Genome sequencing was planned by the government of India for understanding the spread of omicron virus. The time period was from December 21 to December 31. This is over. But our routine process of genome sequencing will go on as it is,” a BMC official told NDTV.

The state’s priority is to arrest the spread of the virus, the minister said, adding, restrictions have been imposed to ensure this.

“We have imposed a ban on marriages, social gatherings, religious gatherings, and political gatherings. We have also shut colleges. In places where the positivity rate has gone up a lot, like in Pune and Mumbai where it is over 20%, we have decided to shut schools as well,” he said.

However, a decision to step up curbs will be taken if officials observe “something disturbing” in the situation and numbers in the coming days, he added.

“We are watching the numbers carefully and analysing them daily. And based on this the Chief Minister will take a final decision on this.”

Mumbai today posted a 33 per cent hike in daily cases over yesterday as it detected over 20,000 Covid infections in 24 hours for the first time since the outbreak of the pandemic. Four related deaths were also recorded in the same period.