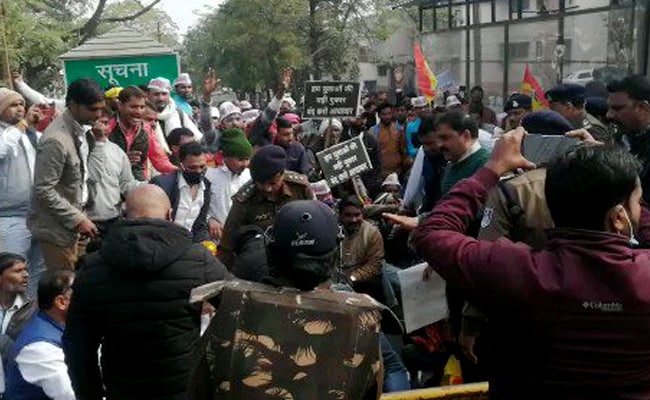 Bhim Army chief Chandrashekhar Azad and several other people were detained today at the Bhopal airport, a day ahead of a protest in Madhya Pradesh’s capital Bhopal demanding reservation for Other Backward Classes.

The protesters are demanding a 27% reservation for OBCs. They have also hinted at a third political front comprising Other Backward Castes, Scheduled Castes and Scheduled Tribes ahead of the 2023 Madhya Pradesh assembly elections.

He said the Bhim Army and tribal outfit Jai Yuva Adivasi Shakti were allies in their struggle for OBC quota.

Police said that heavy security has been deployed at all entry points of Bhopal.

Mr Azad was detained by the police at the Bhopal airport along with several other people Bhopal police commissioner Makarand Deouskar said. Cops also said that the exact number of detainees would only be known later.

Mr Deouskar said that 80-90 people were taken into custody but were released later.

Supporting the stir, Former CM Kamal Nath said that the action by police was unjustified as the OBC body had announced the protest well in advance.

Hitting back, State Urban Development Minister Bhupendra Singh said some people were playing politics in the name of OBC quota, adding that the state was trying hard to ensure they get 27% reservation in the panchayat polls.