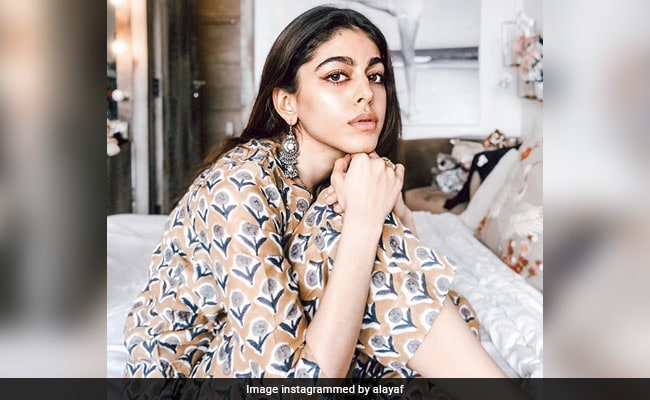 Pooja Bedi’s daughter and actress Alaya Furniturewalla, in her latest Instagram story, revealed that she had contracted the virus a week ago. She added that she tested negative “twice.” Alaya added in her story that she was asymptomatic and had isolated herself immediately. She wrote, “Hi Everyone! I had tested positive for Covid a week ago, I had no symptoms and nobody around me had any symptoms. I tested because I was supposed to be travelling. I have isolated from then till now. Since I hadn’t developed any symptoms whatsoever and neither had anyone that was in contact with me, just to be sure, before I announced it on social media, I tested again on the 30th of December and that report turned out to be negative. I continued to quarantine and to confirm this, I did another test on the 1st of January. As of today, I have now tested negative twice.”

The 24-year-old actress added, “During this time, I have isolated and informed everyone that I had been in contact with, so that I was in accordance with all Covid protocol. But thankfully, it has now been confirmed that I am Covid negative. Thought it was important to put out the story here to avoid any speculation. Please mask up and stay safe, don’t take this time lightly. Happy New Year to all of you.” 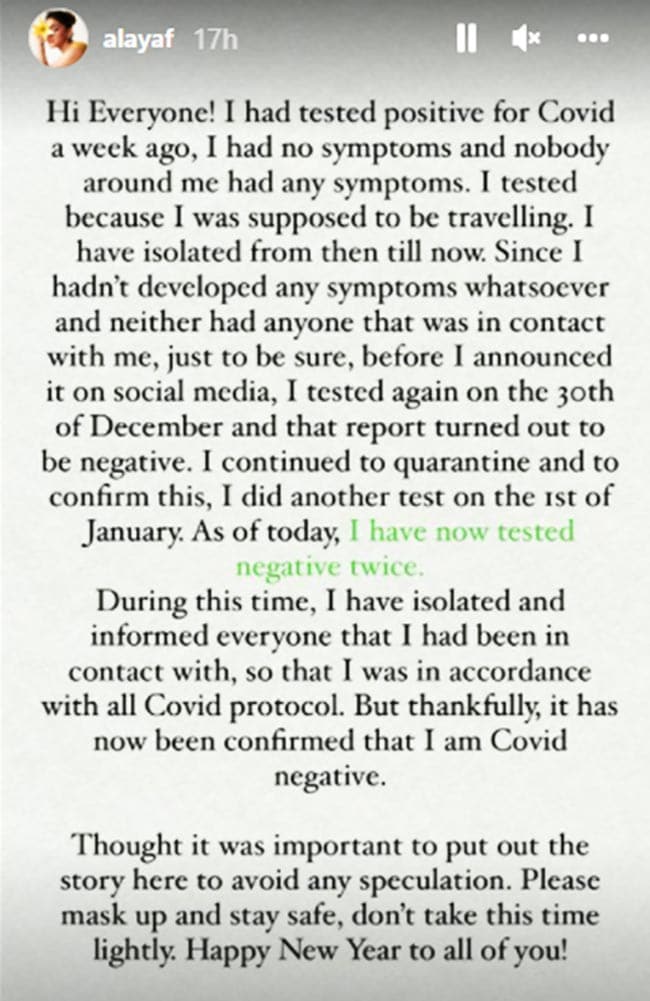 Alaya Furniturewalla is the daughter of Bollywood actress Pooja Bedi and her ex-husband Farhan Furniturewalla. Alaya made her debut in Bollywood with Jawaani Jaaneman, which co-starred with Saif Ali Khan and Tabu. Alaya won a Filmfare Award for her debut film. On the work front, Alaya will next be seen in Freddy, which also stars Kartik Aaryan.