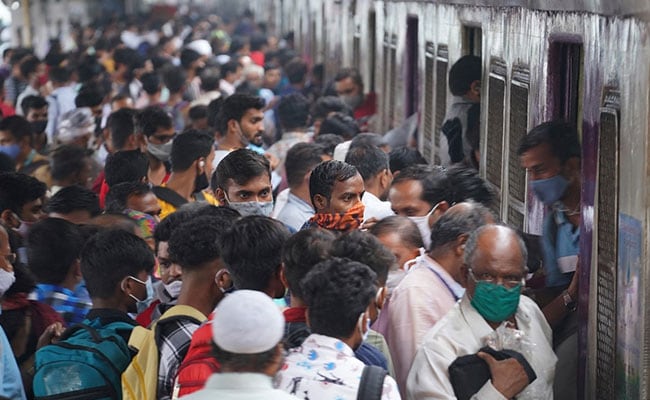 Mumbai today saw a 39 per cent jump in daily cases over yesterday as it recorded 15,166 new cases of coronavirus in 24 hours – the highest since the outbreak of pandemic in 2020 – with three related deaths. Mumbai had seen 11,163 cases in a day on April 4, 2021, at the peak of the second wave. 1,218 Covid patients were hospitalised today in the metropolis and 80 of them are on oxygen support.

Of the new cases, 87 per cent are asymptomatic. The financial capital had reported 10,860 cases on Tuesday.

Mumbai, one of the worst-hit cities by the second wave of Covid, has been witnessing another surge believed to be fuelled by the highly transmissible Omicron variant which has triggered global alarm.

Mumbai has already brought in curbs in an attempt to check the rise in cases. Beaches, open grounds, sea faces, promenades, parks, and other public places have been made off-limits to people in the city between 5 pm and 5 am till January 15, the Mumbai Police said in an order on New Year’s Eve given the massive spike in coronavirus cases.

Large gatherings have been banned under the order which will remain in force till January 15, unless withdrawn earlier, senior police officer S Chaitanya had said.

Fearing a fresh Covid wave, the city’s civic body – the Brihanmumbai Municipal Corporation – has reactivated its ward-level war rooms to tackle the increasing number of cases.

These war rooms have been set up in all 24 wards to manage hospital admissions, oxygen and medicine requirements, and vaccination. The war rooms – that follow the “test, trace and treat” strategy – also keep a track of patients isolated at their homes.